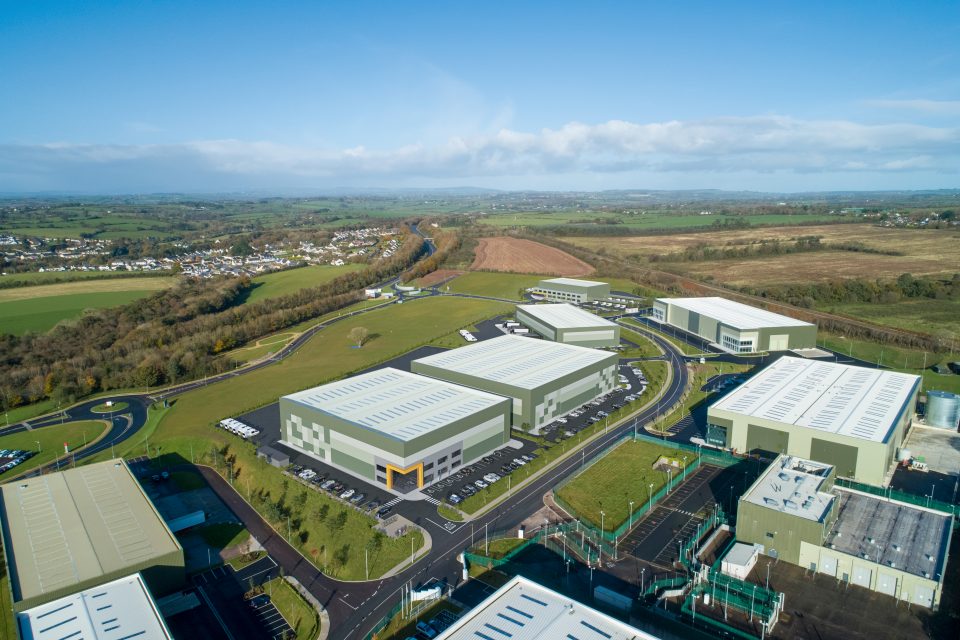 JCD Group now have FedEx,  DHL and GLS all wrapped up in rejuvenated business park.

NOW living up to its internationally-recognized address is the successfully rebooted Blarney Business Park in Cork – it’s not only talking the talk, but it is also walking the walk, delivering especially to the logistics, courier/parcels and distribution sectors.

Since being acquired in 2018 by Cork-based JCD Group, Blarney Business Park has added 250,000 sq ft to the previous c 160,000 sq ft developed in the mid-2000s. It was largely stalled,  until taken on by JCD who have invested over €20 million in new buildings, and who are currently on site constructing 164,000 sq ft of logistics, manufacturing and industrial space. The ‘second phase’ under JCD Group development can accommodate up to 1,000 jobs.

Notably, this week JCD Group has confirmed that terms have been agreed on the remaining 164,000 sq ft of buildings under construction with what they say is a mix of high-value manufacturing as well as distribution.

Its latest coup is in delivering  FedEx, which is taking a new 50,000 sq ft building in the setting just six kms north of the city.

The top brand FedEx joins the likes of rival DHL, which took 35,500 sq ft in the development in 2021 in a building completed just prior to Christmas, and in 2019 another distribution company GLS also landed at Blarney.

That IT company primarily supports data centre clients, currently employs 50, and is scaling up to double that number in 2022. Park Place’s building is finished to LEED Silver standard,  fitted out with offices, data centre and equipment testing labs, Network Operations Centre, and a warehouse/shipping area.

Separately, the just-confirmed JCD Group deal with FedEx gives FedEx the largest logistics/distribution presence of the trio now clustering in Blarney with their sizeable 50,000 sq ft Block 8005 and sees them also relocating across the city from other longer-established industrial locations in Little Island.

Separately, a JCD-Group related company Progressive Commercial Construction Ltd has applied for planning permission for a 23,000 sq m/c 241,000 sq ft new warehouse development at Wallingstown, Little Island on the former Corden Pharmachem site, where it also has a site for a data centre at Little Island, on the former Mitsui Denman site.

(Meanwhile, another Little Island  area development, Harbour Gate, is already under construction to meet ramped-up demand in the extremely active industrial/distribution sector as other parks reach capacity. It was reported last year that Amazon was on the hunt for a Cork distribution presence, either to occupy or to build to their own specification.)

Since acquiring 70-acre Blarney Business Park in 2018, for a reported but unconfirmed value price of €2m, owners the JCD Group have upgraded all external areas and access points, and have invested significantly and completed almost 250,000 sq ft. of new industrial/office space, with scope for a further c 100,000 sq ft in separate buildings once the exact route of the new M20 motorway is decided on,  with the existing N20 running parallel to the site.

The Blarney Business Park was initially developed by John Bowen of Bowen Construction with local business interests, and adjoining the Stoneview residential site due for medium to long term development, served by a possible commuter rail line. It’s just north of Cork city along the side of the N20 Cor-Limerick road, and borders the Cork-Dublin rail line on its other boundary.

Other occupiers in the more recently-completed buildings include ILC Dover, GLS, DHL and US essential oils manufacturer doTerra, and overall park upgrades include the planting of thousands of native trees, upgraded the walking trails, LED lights in common areas, and installation of EV charge points.

John Cleary of JCD Group said Blarney Business Park’s additional occupiers “will further enhance the park’s reputation as a strategic location for high-value manufacturing and support services as well as a logistics/delivery hub. The quality of both the existing and new occupiers is a real endorsement in the park, and indeed the whole area, from both an accessibility perspective and for access to a talented workforce.”

CBRE’s Denis O’Donoghue, joint letting agents with Savills, added that “Blarney Business Park stands on its own in terms of location, accessibility, high-quality design and its market-leading sustainability credentials. Testament to this fact is the caliber of occupiers that Blarney Business Park has attracted, all being blue-chip multinationals.